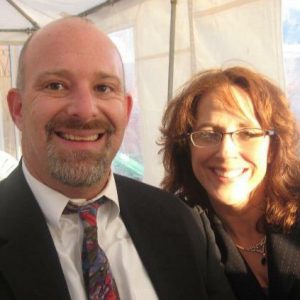 Dr. Todd Litten is a passionate sports fan. That is one of the reasons why he feels so at home in southern Louisiana. Although he was born and raised in a small town outside of Philadelphia, PA, Dr. Litten wanted to bring his wife Jennifer and family back to her native Louisiana roots. Dr. Litten grew up in and near the big city; therefore he really was only able to play games that could be played in the street. However, since living in “The Sportsman’s Paradise’, Dr. Litten has learned to hunt and fish at the experienced and skilled hands of Jennifer’s father: Mr. Webb Harelson, Sr. Mr. Webb and Mrs. Shirley Harelson still live on the river road where they raised their four children. The Harelson’s still cook dinner every Sunday for their umpteen grandchildren. This is the Litten’s home now, as Dr. Litten and his wife have raised their three children in Prairieville since 1999.

Having grown up in “Philly,” Dr. Litten was raised in a rabid sports town. He grew up playing every sport imaginable but became most captivated by soccer and ice hockey. Dr. Litten played both sports at Clark University in Worcester, MA until a knee injury sidetracked his athletic career. After college, Dr. Litten moved to St. Louis, MO to go to chiropractic school at Logan College. Chiropractic care seemed a natural choice for Dr. Litten as he was able to use his hand-eye coordination, help others, and stay in the sports world realm. Dr. Litten excelled in chiropractic school and upon graduation in 1994, as a new young doctor, he moved back home to Philadelphia to begin working.

It was in his last year of school that he met a young, beautiful, sweet, southern belle named Jennifer. ‘Jenny’ was a patient in the student clinic at the chiropractic school. When Dr. Litten and Jennifer’s eyes first met, while passing each other in the hallway, it was instant attraction. They dated for about a year when Dr. Litten graduated and had to move home. Back home and apart from each other, Jennifer and Dr. Litten’s love grew fonder and they soon became engaged. They married in 1996 and at the age of 14, Carrie, Jennifer’s daughter, had a new dad and a new family. It didn’t take long for the Litten’s to add two more beautiful girls who were born in 1997 and 1999. Molly (‘97) and Samantha (‘99) added to the small family quickly. Not at all disappointed that no boys were in the family, all three girls are great athletes and follow in their father’s footsteps at being passionate about sports. Of course, being raised in south Louisiana his girls are crazy about LSU and the Saints. Go Tigers! The Litten family can often be seen at LSU watching one sports team or another, if there are no games on his kids’ schedule. Sports have always been and will continue to be a big part of The Litten’s lives.

Chiropractors help athletes with drug-free techniques to overcome injuries, prevent injuries, and to train to become better, stronger, faster through proper body biomechanics. Dr. Litten has helped many athletes in his career but he also applies the same techniques and principles to you and me in his every day practice. If it’s good for elite athletes then it certainly must be good for ‘weekend warriors.”

Dr. Litten’s experience in practice has been beyond comparison. His first job was 8AM-6PM, Monday through Friday, treating about 125 patients per day, for five years. Dr. Litten performed approximately 500-600 adjustments per week. Unprecedented numbers for anyone, but especially for a “rookie.” His busy schedule led to an amazing amount of real-life experience over a short period of time. That clinic employed medical doctors, physical therapists, and chiropractors and is known as a “multi-disciplinary’ practice. This experience has helped Dr. Litten become accustomed to the medical and physical therapists’ approach to healthcare and rehabilitation.

The Litten family moved to Prairieville in 1999 to raise their young brood in southern Louisiana near Jennifer’s close-knit, extended family and friends. It was then in 1999 that Magnolia Chiropractic Center came into existence in Baton Rouge, on Summa Avenue, near Our Lady of The Lake Hospital. In 2002, Magnolia Chiropractic moved to Siegen Lane.

And now, Dr. Litten is extremely excited have his practice to Prairieville, LA, since he has been a resident there for over 17 years. Dr. Litten is proud to have had his children in the Ascension Parish School system, playing ball for The Griffins. Now, the oldest daughter is a social studies teacher and the varsity cheer coach at East Ascension. His two younger daughters are away at college, one playing soccer and studying medicine at Rhodes College and the other studying film at Franklin & Marshall near Dr. Litten’s home roots in PA.

Dr. Litten is currently helping local weekend warriors and accident/injury victims in his home town with the Grand Opening of the re-invented Magnolia Chiropractic Center in Prairieville, LA.

Dr. Litten and his staff cannot wait to meet you and help you with your healthcare and wellness goals.

If you have any questions about our office or doctor, or would like to learn more about chiropractic care at Magnolia Chiropractic Center, please call us at (225) 313-4605 today!